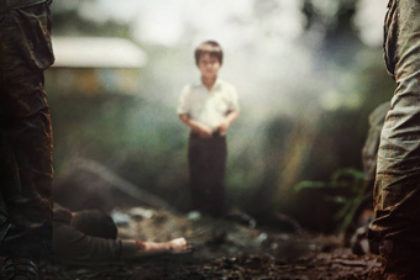 In a forgotten massacre during Guatemala’s decades-long civil war, a young boy was spared, only to be raised by one of the very soldiers who killed his family. Nearly 30 years after the tragedy, it will take a dedicated team – from a forensic scientist to a young Guatemalan prosecutor – to uncover the truth and bring justice to those responsible…by finding the missing boy named Oscar.